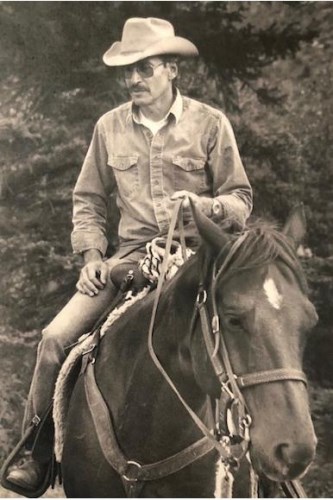 Gene was born September 10, 1941 in Grand Junction, Colorado to Erma Hain Story, and later adopted by Kiergen Story. He grew up in both Colorado and Arizona, graduating from Mesa High School. Gene attended Northern Arizona University, graduating with a bachelor's degree in forestry. Deciding to continue his academics, he attended Texas A&M where he received his Ph. D in Plant Pathology. During Gene's years attending university, he married Janet Thielke and became a father to Stephanie and Steve Story. He worked for the pharmaceutical company Upjohn for several years living in Michigan and Wisconsin.

In 1977, Gene moved the family to Dolores, Colorado where he had a passion for hunting and fishing, which led to building The Outfitter sporting goods store that same year. Soon after, he became a big game outfitter and fly-fishing guide under the name West Fork Outfitters. Gene's deep love of the area lit the way by serving on the Dolores School Board for 8 years, the Empire Electric Board, Rotary and two terms as County Commissioner for Montezuma County.

A Celebration of Life is planned for late summer.

Arrangements are being made through Ertel Funeral Home. To send condolences or to view the full obituary, log on to www.ertelfuneralhome.com and click on the obituary section.
Published by The Journal on Apr. 19, 2021.
To plant trees in memory, please visit the Sympathy Store.
MEMORIAL EVENTS
To offer your sympathy during this difficult time, you can now have memorial trees planted in a National Forest in memory of your loved one.
Funeral services provided by:
Ertel Funeral Home
MAKE A DONATION
MEMORIES & CONDOLENCES
Sponsored by Ertel Funeral Home.
2 Entries
Gene Story ranks right up there among the best Montezuma County Commissioners. He was a good leader because he was a good listener. We will always remember the great times we had with Gene and Janet and the pack trips with Gene where we could not make any time on the trail because Gene always had to stop and beat the water with his fly rod. Glad we took the time. Tom and Sandy Weaver
Tom Weaver
Friend
April 21, 2021
Our son Scott played Little League with Stephen and I was a teacher/coach when Gene was on the board. He was an asset to the community. Sande and I wish to pass along our condolences.
Donald Story Jr
April 19, 2021
Showing 1 - 2 of 2 results