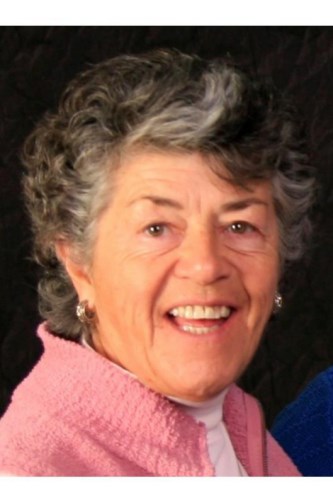 Joan Elane Krajack of Mancos, Colorado passed away on April 10th, 2021 the age of 79 in her Vero Beach home surrounded by her family. Born in Staten Island, New York, on June 2nd, 1941 to Tanya and Frank Kopacska. She was preceded in death by her beloved husband Joseph George Krajack, Jr. of 33 yrs. She is survived by her sister Natalie Macdonald and sister-in-law Sylvia Smith; her daughter Joann E. Quail and her son- in-law Lloyd Quail; her son Jury G. Krajack, Sr and daughter-in-law Michelle N Krajack; along with her grandchildren, Julie M. Krajack, MA and Jury G. Krajack, Jr; her great-granddaughter Norma Josephine Krajack; and Leslie Hopkins who was like a daughter to her.

She was a wonderful Wife, Mother and Friend. She and her husband moved from Stanton, New Jersey, to Mancos Colorado in 1992 to retire, though Joe's idea of retirement meant opening a small corner hardware store in the quiet little town of Mancos. After his passing she finally decided to retire in 2009, closing the doors on Mancos Valley Hardware, but she kept quite active in the community. She could be found decorating the corners and sidewalks in Mancos around the holidays and hanging flowers at her Grand Ave. building in the spring. In 2009 she decided to become a snowbird although she called it a road runner as she traveled from Mancos, Colorado to her winter home in Vero Beach for the winters. She was an avid member of the South Florida Winnie Gators (The Rowdy Bunch) for many years. She was also well known in the Tank Truck Industry and made many friends there. Always the social person, a trip to the post office could take an hour or more just because she loved to talk to people.

She will be deeply missed by all who knew her.

The family will be having an 80th birthday party in her honor at the Bauer House in Mancos on May 8th at noon.

In Lieu of flowers the family asks that you make a small donation to the charity of your choice.
Published by The Journal on Apr. 19, 2021.
To plant trees in memory, please visit the Sympathy Store.
MEMORIAL EVENTS
To offer your sympathy during this difficult time, you can now have memorial trees planted in a National Forest in memory of your loved one.
MAKE A DONATION
Please consider a donation as requested by the family.
MEMORIES & CONDOLENCES
1 Entry
We were so sorry to hear of Joan's passing. Joe and Joan were are neighbors in Mancos ,we rented our space for our shop from them. Joe and Joan were great. I had so many great times laughing and talking with them. I called Joe Jose' and Joan Hoan. We really had fun on that street. I remember the Mule races down the street and one wagon lost it's wheel. I almost crapped. Joe and Joan really put some life into Mancos. After Joe passed away it seemed like Joan did not have an interest in the business any more. Joan was quite a mover and shaker,give her an idea and she would say "Lets do it"! I miss Joe and Joan and Jury and Joanne I really did not know the grandchildren that well.Mancos was a fun town ,There was, Krajacks Hardware,Buck's Saddlery, Cowboy and Indian Gallery, The Bounty Hunter Hat Company ,Columbine Bar and It was great . Joan will be remembered as is Joe. RIP JOAN. Our prayers are with the family.Love, Nancy &Gary
Nancy Johnston
Friend
April 21, 2021
Showing 1 - 1 of 1 results