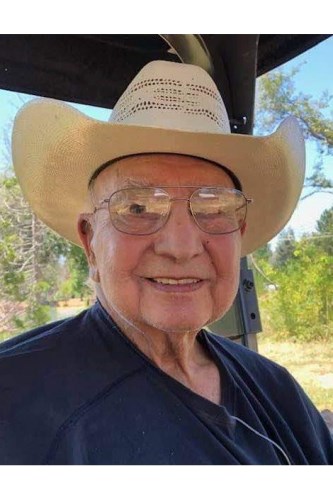 Richard J. Torres, age 87, of Paradise, CA passed away on February 25, 2021. He was the youngest of 24 children born to Camillo and Amalia Torres in Dolores, CO. Richard was well known in the community of Dolores and Cortez as a rancher and farmer. He was also employed at Safeway in Cortez, CO for many years. Richard enjoyed fishing, but his real passion was building and inventing. His achievement with inventions landed his name in the book of Who's Who in Technology. His children and family are very proud. He was preceded in death by his first wife Marjorie (Archibeque) Torres - Schmidt and his second wife Myrtle (Wilhite) Torres. He is also survived by his 6 children: Bill Torres (Mary) of Dayton, OH; Debra Taulli (Rick) Durango, CO; Gwen Duran (Alfred) of Henderson, NV; Diane Archuleta (John) of Durango, CO; Lana Archuleta (Gilbert) of Henderson, NV; Brenda Alcon (Mike-deceased) of Durango, CO, and his stepdaughter Marilyn Allen of Paradise, CA. He is also survived by 20 grandchildren, 32 great-grandchildren and 8 great- great-grandchildren. His final wish was for cremation and no services. The family will be holding a memorial later this summer in Durango, CO. A public announcement will be made later. He will be missed dearly.
To plant trees in memory, please visit our Sympathy Store.
Published by The Journal on Mar. 8, 2021.
MEMORIAL EVENTS
No memorial events are currently scheduled.
To offer your sympathy during this difficult time, you can now have memorial trees planted in a National Forest in memory of your loved one.
MAKE A DONATION
MEMORIES & CONDOLENCES
1 Entry
So sorry to hear of your loss prime Brenda & all family. RIP " Eternal rest grant unto him oh Lord and may perpetual light shine upon him."
Phil y Jo Ann Alcon Cortez, Co.
Phil
Acquaintance
March 8, 2021
Showing 1 - 1 of 1 results