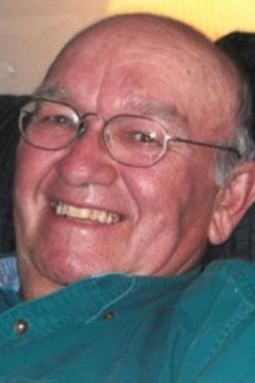 Gayle graduated from Montezuma Cortez High School and then attended Ft. Lewis College for 2 years. Gayle started his working career with MAPCO Pipeline Company, and after 28 years as Lead Pipeliner with Williams Energy, he decided that it was time to retire and enjoy living the good life.

Gayle met the love of his life, Celia, and they were united in marriage in Las Vegas, NV on October 8, 1969. Gayle lived in Cortez, CO for 58 years and then in 2004 Gayle and Celia decided to pack up and head west and found themselves moving to Lake Havasu City, AZ.

Gayle had many interests in life like gardening, having coffee with the boys, fishing and hunting. His most cherished of all was spending time with his wife, children and grandchildren. He loved his family so much!

Gayle is survived by his beloved wife of 50 years, Celia; son, Robert W. Humphreys of Bookings, OR; daughters, Kimberly Taylor of Monticello, UT and Candace Shedd of Lake Havasu City, AZ; brothers, Frank and George Humphreys, both of Cortez, CO; 6 grandchildren and 7 great-grandchildren.

Services were entrusted to the care of Lietz-Fraze Funeral Home. Thoughts and condolences can be sent to the Humphreys family at www.lietz-frazefuneralhome.com. Robert Gayle Humphreys
Published by The Journal on Nov. 25, 2019.
To plant trees in memory, please visit the Sympathy Store.
MEMORIAL EVENTS
To offer your sympathy during this difficult time, you can now have memorial trees planted in a National Forest in memory of your loved one.
Funeral services provided by:
Lietz-Fraze Funeral Home - Lake Havasu
MAKE A DONATION
MEMORIES & CONDOLENCES
Sponsored by Lietz-Fraze Funeral Home - Lake Havasu.
1 Entry
May God bless you and your family in this time of sorrow.
December 6, 2019
Showing 1 - 1 of 1 results